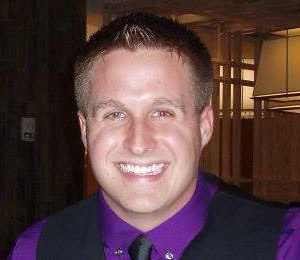 Nicholas (Nick) A. Brletic was the guy everyone loved. He was intelligent, a musician, involved in theatre, an avid lifter and in top physical condition. He was handsome, charming and could light up a room with his million-dollar smile.

Nick liked to have fun, he had a creative mind, he was a free spirit and the ocean was his sanctuary. He was grounded in his beliefs and his own code by which he lived.  He didn’t need others to tell him who he was or needed to be.

Nick was there at the drop of a hat when someone needed help, a shoulder to lean on or just needed someone to hang out with. And his friends will tell you that “the party didn’t start until Nick got there!”

Whether he was at the gym, playing guitar in a band, cruising in his Jeep Wrangler or just enjoying a day at the lake with family and friends, Nick approached life full of passion.  He wasn’t afraid of what life threw his way and attacked challenges aggressively, which seems only fitting for someone who was given the nickname “Nick Nasty” while in elementary school by his older brother Adam – a loving joke between the two of them.

Nick had a spirit of giving back, helping others and he would give the shirt off his back to help a stranger. And that is exactly what happened once when someone (who was in a less fortunate financial situation than most) commented to Nick that he really liked the shirt he was wearing.

Nick was a lot of things to a lot of people; but most of all, Nick was a beloved son, brother and friend who was taken from us too soon.

August 30, 2014 was no different than any other Saturday. It was Labor Day weekend, so Nick did what he did every summer holiday – load up with all of his friends on boats and spend the day at the sand bar on Lake Freeman.  The group spent the day in the sun, playing volleyball, laughing, listening to music and enjoying some beer.  Nick and his group had chosen a designated driver for later that day.

The group headed to a friend’s house after the lake. Nick, along with the four others, loaded up in the designated driver’s car – with Nick in the front passenger seat as he was the tallest guy in the group.  For unknown reasons the driver – who was Nick’s best friend and roommate – began to drive erratically at excessive speeds, missed a slight curve on a county road that had just been chip-and-sealed and lost control. The car went airborne flipping several times and ejecting Nick from the car.  He sustained catastrophic injuries. Nick suffered a traumatic brain injury, along with a multitude of other injuries. He was taken by Lifeline to Indiana University Health Methodist Hospital in Indianapolis, Indiana.  Nick died, but the medical staff was able to revive him and the doctors gave him 24 hours.

Nick was admitted to the neurocritical care unit at IU Health Methodist Hospital,  where he spent the next 20 days fighting for his life. His family stood vigil, never leaving his side, watching, waiting, begging and pleading for a miracle to save him.  Unfortunately, that miracle never came and his parents had to make the heart-breaking decision to remove him from life support.

Nick lived for just 21 hours before succumbing to his injuries which his body could not fight any longer. Nick took his last breath in his mother’s arms, with his father and brother next to him holding his hands.  Nick died on September 18, 2014 at 9:03 pm, surrounded by his family who loved him more than words can express.

The Nicholas A. Brletic Foundation exists to honor Nick’s life and continue his legacy of giving back. The foundation specifically raises funds to support the needs of the neurocritical care unit at IU Health Methodist Hospital and for the families of those affected by traumatic brain injury (TBI). The foundation is also proud to present a scholarship to one (or more) graduation senior(s) at Twin Lakes High School – Nick’s high school ­– who are pursuing a career in music, theatre, or the medical field.  Additionally, we strive to raise awareness of the incidence of TBI.

There are a number of ways you can help our cause and continue Nick’s legacy. Please connect with us on Facebook to receive updates about events and other opportunities to support our mission. You can also make a donation or send us an email to learn more about how you can help.

A Letter from Adam, Nick’s Brother 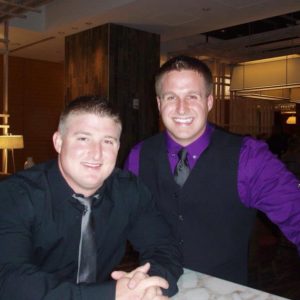 Most people that know Nick, know his birthday was August 11th. What I know was that his birthday was August 11th and that he was born at Jasper County Memorial Hospital in 1991. I remember that day like it was yesterday, most days it literally feels like it was yesterday. It was dark outside when we left for the hospital. Our Dad woke me up and said you need to get dressed, it’s time to leave. I have never gotten dressed so quick for something to this day than I did that day. Then the greatest thing that had ever happened to me occurred, I became a big brother to someone who would become the greatest man I have ever known.

I knew from that point forward it was my job to make sure that nothing bad happened to Nick, to protect him at all costs, teach him things even if it was the hard way and to love him through any and every situation he found himself in. What Nick may not have realized was that in a lot of ways he kept me in check, he balanced the two of us out in a way that only he could accomplish. We were once compared to yin & yang because of how we complemented one another in ways that only two brothers could do. Nick was very chill, relaxed, easy going, funny, witty, smart, honest, strong and very passionate about certain things. Music, working out and his friends were the most important things in his life along with his family.

For a long time, it was just Nick, our Mom and me. In a lot of ways, we were all we had so the bond that formed was both amazing and like a firecracker at times. It took a bit for Nick to lose his cool but if he did, like my mom and I, he wasn’t afraid to tell you what he thought. This led to some heated arguments which is perfectly normal. The difference between the three of us was that once it was dealt with, it was done and we moved forward with life.

The little things that most do not know about Nick was that before 10 AM we would usually avoid talking to one another. Neither of us were morning people and Nick needed his 15 cups of coffee before he was “ready” for the day. Nick’s first job was working for me at a health club selling gym membership and working the front desk. I had to lie to get him the job because he was only 17 at the time and you had to be 18 to work there. Nick had an amazing quality about him that has lost its value in this world. He was honest. If he told you something, you knew it was true even if it wasn’t what you wanted to hear. This led to there being very little drama in his life that he dealt with.

When Nick discovered music, which for he and I was a very young age thanks to our Mom, it changed him. Some people pray to a higher being for their support, Nick and I both had music that acted as a religion. We didn’t necessarily pray to music, but when we listened to it and it spoke to us. We found answers there where we hadn’t found them in any other place. Music was always there and we didn’t have to rely on someone else to explore and find different music for us. I genuinely hope this gives some insight into the man Nick was and the reason behind keeping his memory alive. Nick deserves to have the passion he had for music, life, working out, his friends and his family kept alive and moving forward by our passion for sharing his story. This is the first of many times I will write about the greatest man I ever had the pleasure of knowing, loving, laughing with and watching grow up before my very eyes.